Get to know your Southeastern Wisconsin area flooring experts

You know what they say – necessity is the mother of invention. That's how Christian Brothers Roofing was born, when in 1983, Jerome Cyborowski was laid off from his job at Briggs&Stratton. Eager to provide for his large and young family, he joined up with his friend and former coworker who, luckily, knew a thing or two about roofing.

We know what you're thinking: Christian Brothers Roofing? This is J&J Contractors, right? Yes, we're getting there.

With ladders, hammers, and trusty trailer in tow, Jerry and his friend worked their way through the six-month factory strike one roof at a time. And when they returned to the factory, Jerry kept running Christian Brothers Roofing all on his own, advertising “Low Cost Roofing” on painted plywood signs. Over the years, his little side business became a family business, with his wife and sons helping alongside him. With the family foundation having long since been laid, when Jerry's oldest son Jason turned nineteen, the two went into business together, becoming – you guessed it – J&J Contractors.

The father/son duo quickly climbed the ladder as home exterior experts, and by 2010, their service offerings included roofing, siding, gutters, and exterior/interior remodeling. Necessity called again, for with more services came a need for more team members, and by 2013, the once two-man team had outgrown their home office and moved into their first brick and mortar location.

We're home, now, after moving in 2019 to a beautifully remodeled, 10,000-square foot police and fire station in downtown Greendale. We have over thirty full-time employees, including dedicated project managers, designers, and administrative staff. Although we pride ourselves on offering incredible value for quality craftsmanship, we no longer advertise “Low Cost Roofing” on plywood signs. We have billboards. 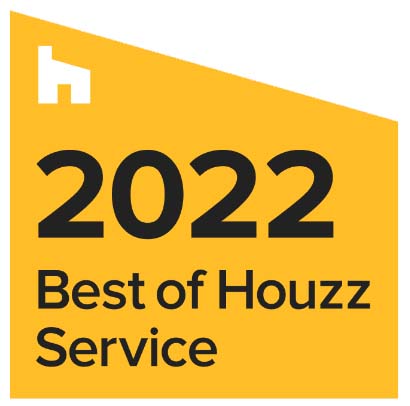 At J&J Contractors, we believe your home should be like no other. That's why we deliver unparalleled quality, custom craftsmanship, and an experience that will exceed your expectations in every way imaginable.

Since 1983, our family-owned business has been transforming people's homes and their lives. We specialize in exterior and interior home improvements, from roofing projects to full home remodels, windows, siding, bathrooms, kitchens, and more. Our materials are topnotch to match our craftsmanship, and installed according to manufacturing specifications.

We pride ourselves on being transparent, trustworthy, and taking care of our customers like family. From your first phone call to our final walkthrough, we will be here to answer your questions and listen to your ideas.

When you want the best exterior and interior home remodeler in Southeastern Wisconsin, you've come to the right place. Welcome to J&J Contractors, where quality and craftsmanship come together to create a home you'll love today, tomorrow, and forever.

We are proud to have expanded our business to include both J&J Custom Real Estate and J&J Custom Homes.

Our remodeling work isn't the only thing we uphold to high standards. Our entire team is committed to delivering an incredible experience to our customers, from the first point of contact to your final walkthrough. These are our core values that guide every interaction and that we live out every day.

Craftsmanship. When it comes to our craftsmanship, there is no comparison. From our materials to our service, we give the best in all that we do.

Dedication. We're dedicated to delivering more than an incredible home to our customers – but an incredible experience, too. We are responsive and pay attention to detail.

Family. We treat our customers and our employees like family. That means we're flexible, kind, and we take care of them throughout the duration of the project.

Meet with one of our skilled project specialists to get started